The history of Lux International AG

Lux International AG is a direct selling company based in Switzerland. During its history, which goes back to 1901, the company contributed with numerous world-famous new developments and innovations to the development of high-quality household appliances. Lux has been committed to creating a healthy home for more than 120 years. 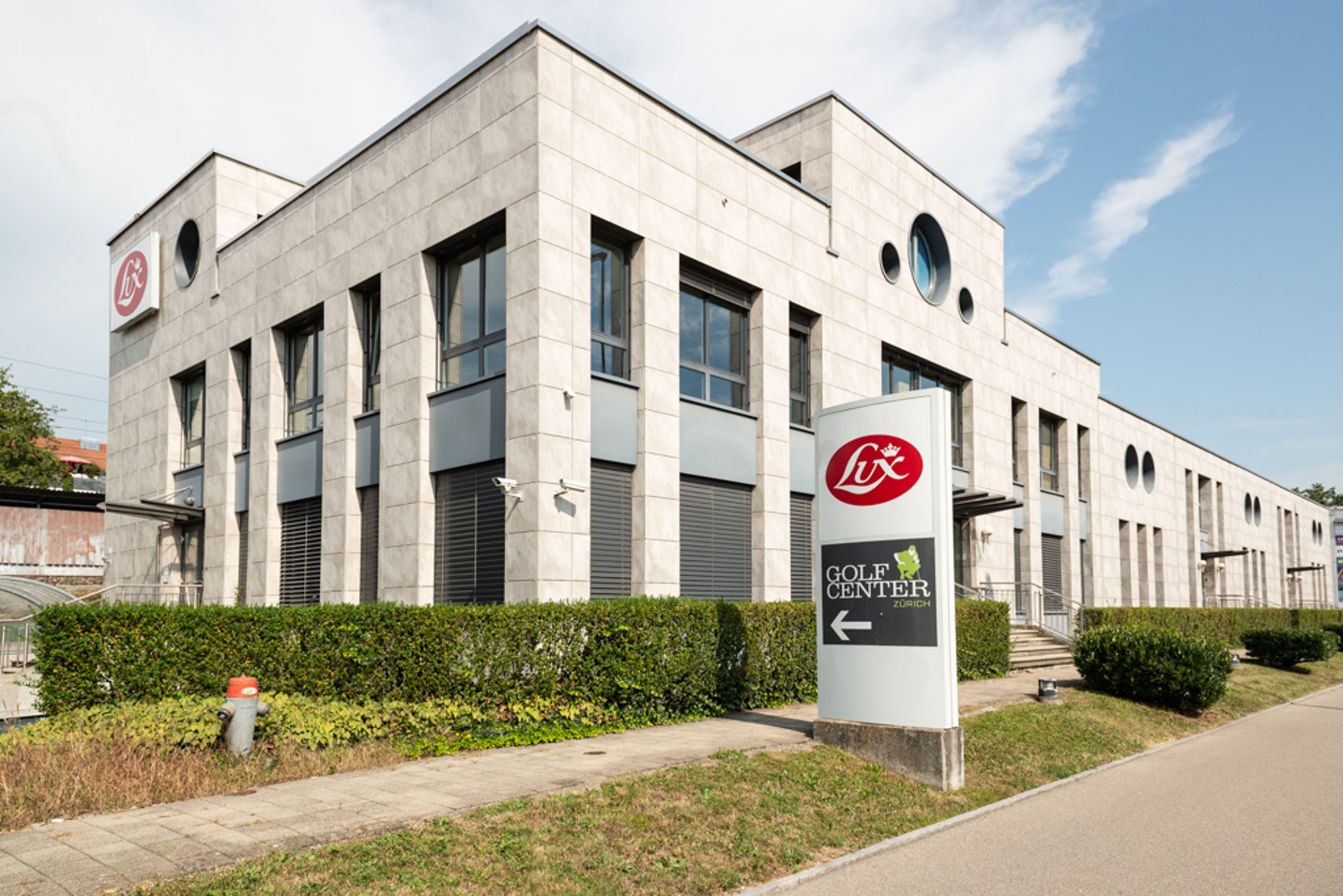 The history of Lux

Lux AB has its roots in Sweden. In the beginning, the company produced kerosene lamps, from which the company name “Lux” was derived: the Latin word means “light”. 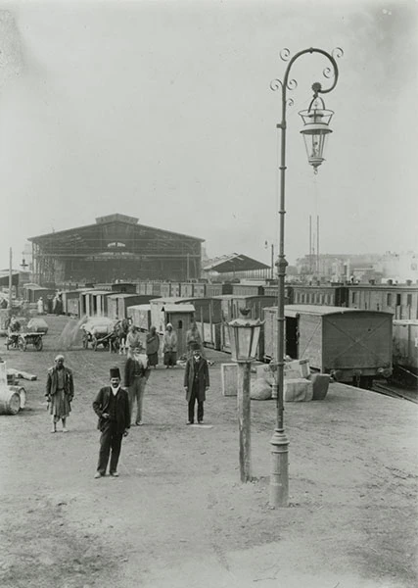 The designer, craftsman and investor Sven Carlsson (1847–1924) saw great potential in a completely new type of kerosene lamp that was developed by the chemist David Kemp. Carlsson bought the production rights and started the company AB Lux on 19 February 1901 with some business partners to manufacture and sell the new Lux lamp. Using the proprietary technology, Lux equipped more than 100 Swedish light houses with its lighting system, and the company was also commissioned to illuminate the Suez Canal.

The company opened a new plant in 1907 in Lilla Essingen, but the spread of electric light forced it to change directions and look for new business areas and alternative products.

In 1912 the sales genius Axel Wenner-Gren (1881–1961) joined the company.
With the help of the Swedish engineer Sven Carlstedt, he developed the Lux I vacuum cleaner.
Axel Wenner-Gren had heard that Lux was interested in developing a vacuum cleaner for the German market and was certain that the company would be impressed by the Model I. He was right. Lux recognized the potential – despite the fact that the Model I at the time weighed 14 kg and cost 350 Swedish kronor.

The vacuum cleaner turned out to be a huge success, thanks to the increased suction power and its weight of 14 kg, which at that time was considered to be light. This vacuum cleaner was further developed by the end of 1912 and the new Lux II model, which weighed less than 9 kilos, was launched on the market.

In addition to the vacuum cleaner, Axel Wenner-Gren also brought his ten years of experience working as a salesperson in Germany with him. In December, he applied for the exclusive right to distribute the Model I in Germany. His application was approved.

Axel Wenner-Gren founded the company AB Electrolux in August 1919, on the condition that he guaranteed the purchase and sale of vacuum cleaners in large quantities by Lux. In return, Lux undertook to produce exclusively for Electrolux. Wenner-Gren also officially became the company’s business partner until 1923. In 1923, Lux was manufacturing more than 100,000 vacuum cleaners for Electrolux, which were sold in Europe, North America, Latin America and Australia. Ultimately, Axel Wenner-Gren bought the company and acquired sole control of the Lilla Essingen plant and production. In the 1920s and ‘30s, the company expanded continuously around the world. This formed the basis for the business success of the now global companies Electrolux and Lux.

Convinced of the sales potential of the Model II, Axel Wenner-Gren tried to convince Lux to produce a larger number of devices. His application was again approved, on the condition that Lux would not invest in mass production until Wenner-Gren received 5,000 orders for vacuum cleaners – ten times as many devices as in the original contract.

He returned to his colleagues in Hamburg and offered them the exclusive right to sell the Lux II vacuum cleaner in Germany. Impressed by the device and convinced of its salability, they immediately ordered 5,000 devices.

The rest is Lux history. Orders for Lux II came not only from Germany, but also from France and England. In the spring of 1913 – just a year after Axel Wenner-Gren met Sven Carlstedt and the two of them started working with Lux – business grew to such a level that Lux had difficulty producing enough devices for Wenner-Gren’s orders.

By the late 1920s, Lux vacuum cleaners were found in many households around the world. Over the years, most of the most significant design innovations in vacuum cleaners came from Lux.

The Model V was incredibly maneuverable on its tiny wheels and was therefore able to efficiently vacuum the dust and dirt from the floor. Despite the fact that it was lighter and smaller than the upright vacuum cleaner. The innovator of the wheels mounted on the vacuum cleaner was Wenner-Gren himself. Although the device represented the new trend in industrial design, it did not hurt the intellectuality of the German architect Peter Behrens.

The history of Lux and that of Electrolux were inextricably linked until 1998, but for many successful years, Lux then went its own way. In that year, Electrolux sold the company Lux to Reinhard von der Becke, who brought the worldwide activities into the new Lux International AG based in Zug. In the following years, he restructured the business in the Asia-Pacific region and sold it to his competitor Vorwerk. 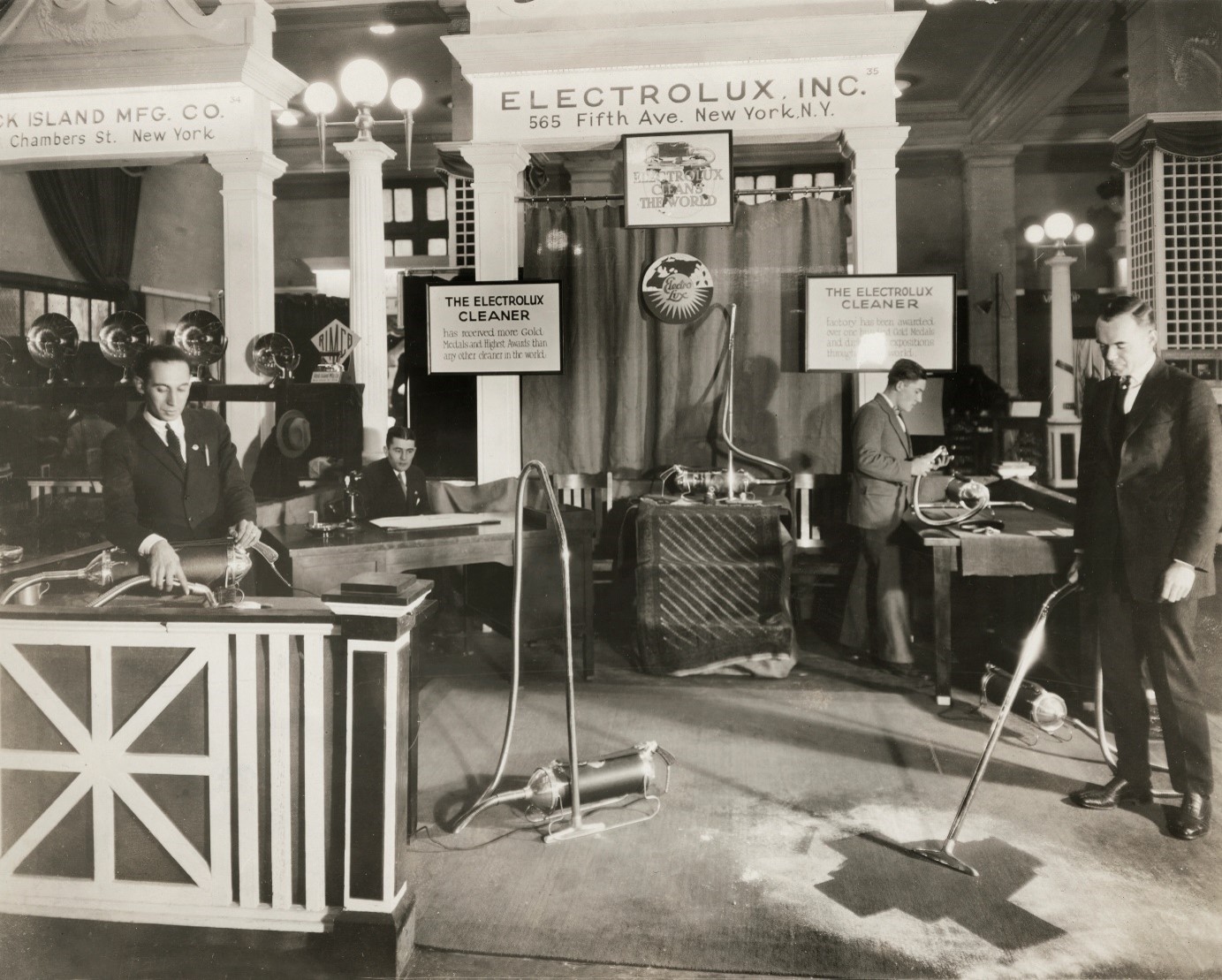 In 2001, Lux launched a new product category and launched its first steam cleaner on the market.

Company collaboration with Eureka Forbes to create a healthy home 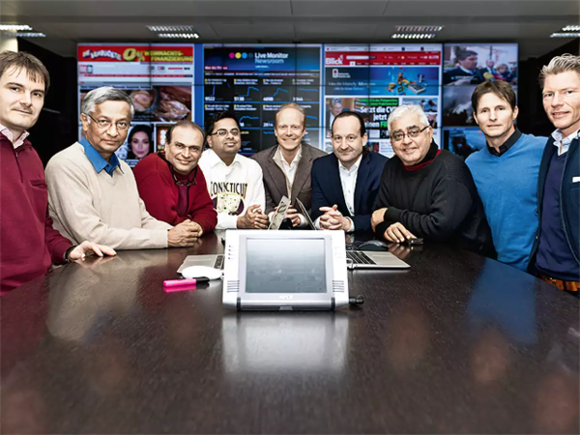 In summer 2005, Lux International AG signed a joint venture agreement with the Indian company Eureka Forbes Ltd., Mumbai. Pursuant to this agreement, future international expansion should take place in a 50% - 50% joint venture. In Asia, the start took place in November 2005 in Thailand, Indonesia, Vietnam, Malaysia and the Philippines, as well as in the United Arab Emirates. In Europe, operations were started in Russia (with a specially provided advanced logistics platform in Finland), in Poland and Slovakia, and in South Africa. The 50% stake in Lux del Paraguay, which was taken over by local management, was later integrated.

In spring 2009, Reinhard von der Becke handed over the management to his son, Reto von der Becke. He himself retired to the presidium of the Board of Directors. At the same time, a representative from Eureka Forbes Ltd, Suresh L Goklaney, also became member of this body.

However, the jointly agreed goals of the joint venture were not achieved, and in June 2009, the owners decided to restructure and subsequently dissolve the joint venture. At the same time, however, it was agreed to negotiate a merger between the two companies in order to jointly strive for a critical size, which is geographically widely diversified under uniform ownership and management.

In February 2011, Eureka Forbes Ltd. acquired a 25% stake from the previous owners, the von der Becke family, and in June 2013, the remaining 75%. Various integration projects were defined and implemented on a joint platform called the “Forbes Lux Centre of Excellence”. At the end of 2016, the representatives of the previous owners, Reinhard and Reto von der Becke, left their functions at Lux International AG completely. In the period between 2017 and 2019, the owners, Eureka Forbes Ltd., held various management positions. Urs Meier (CEO, as CFO in the company since 2005, also member of the board of directors since 2021) has been responsible for operational management since January 2020, and the board of directors is chaired by Marzin R Shroff.

Like Lux International AG, Eureka Forbes has been committed to health, hygiene and safety since 1982. The secret of the Indian company’s business success lies in the fact that it not only makes the life of its customers easier, better and simpler, but also offers its numerous employees career and training opportunities and goals. The focus is on devices for water purification in households and businesses, on vacuum cleaners and on air purifiers.

Lux was the first to launch an air purifier, the first in the Aeroguard line, on the market. The company introduced other innovative products, including the Lux Intelligence vacuum cleaner and the Lux Gourmet kitchen appliance. 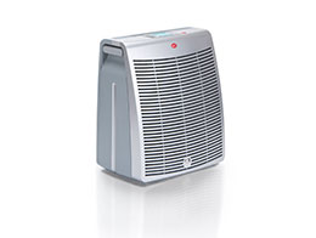 In 2009, Lux entered the small and medium-sized enterprise market with the combination of air purification and surface purification products. With the opening to the market of the B2B segment, the goal was pursued to be able to secure healthy and impeccable interiors for the employees and business partners of Lux. After the Uniprof floor cleaner was launched on the market, the Powerprof semi-professional vacuum cleaner and the Ecoprof steam cleaner were launched. 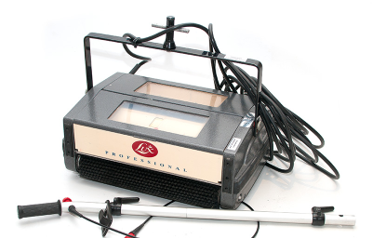 Today, Lux International is one of the leading direct selling companies in the consumer goods sector. It is present with sales activities in over 30 countries, either in subsidiaries or through local distributors. Since 2017, the identification and development of new markets in Central and South America has been promoted. The company is a member of the European Direct Selling Association (DSE) and numerous local country organizations.

The competence and prestige of Lux are based on twelve decades of tradition and experience in the activity pursued as a distributor of “household appliances” as well as the Swiss expertise in engineering. 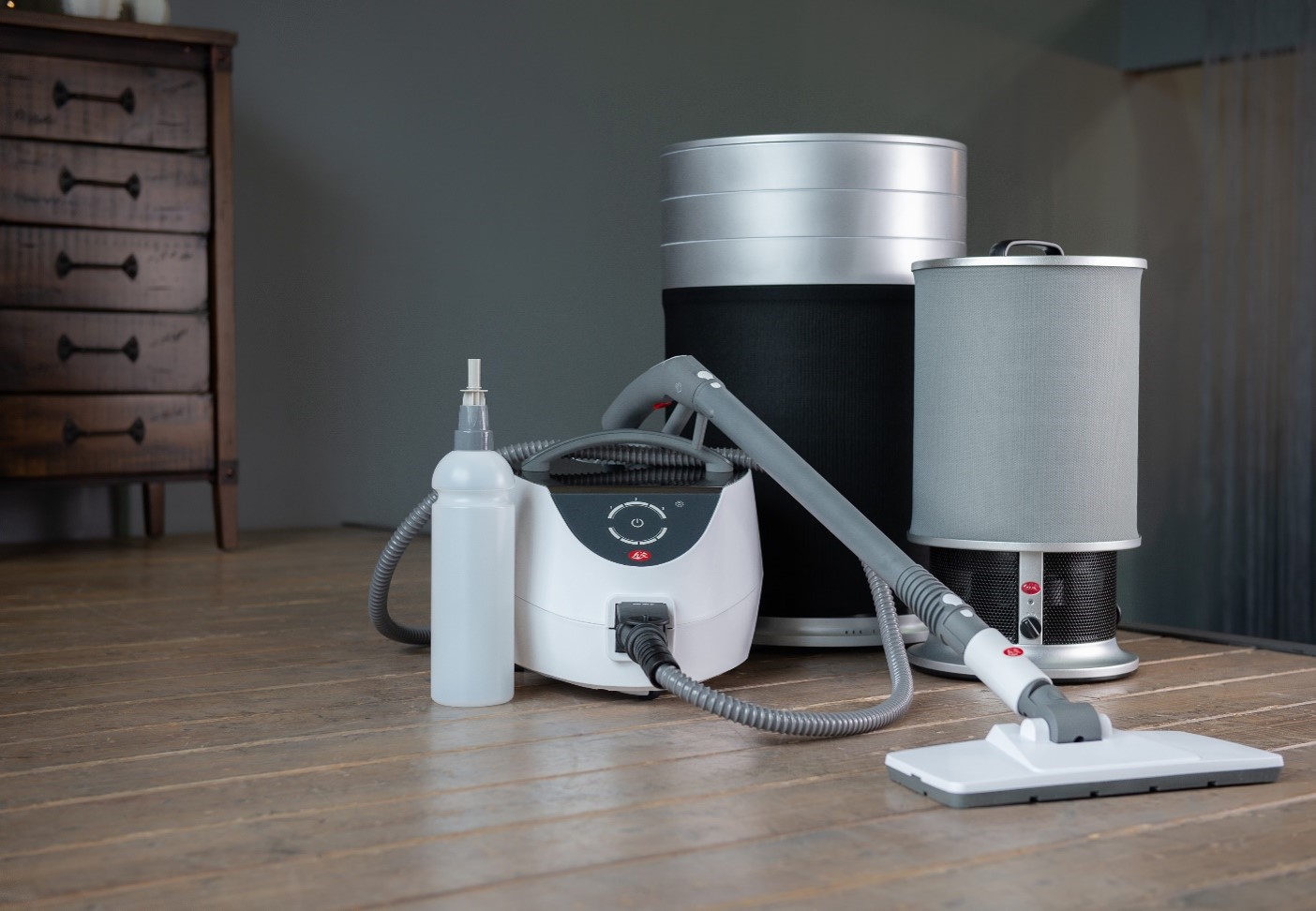 With the manufacture of durable premium quality products, the company offers healthy water, healthy air and a healthy living environment for millions of people worldwide.

Lux has been committed to a healthy home since its foundation.
Looking back in the history of Lux, we can find numerous iconic products, such as the Lux Intelligence vacuum cleaner or the air purifier product family Aeroguard in the product range.

The company has been committed to a healthy home since it was founded. Looking back in the history of Lux, we can find numerous iconic products, such as the Lux Intelligence vacuum cleaner, the Aeroguard series of the air purifier product family or the stars of the steam cleaners Ecolux and Ecoprof in its product range. Finally, there is proven experience in the field of water filters, which is represented by the Waterguard product family. Lux has also developed the WELITY sleep system for first-class sleeping comfort. Lux would like to expand its product range in the coming years and continue its success story.

Lux’s product development strategy is characterised by the fact that, contrary to the current trend, the company always focuses on quality and first-class user experience. The company pays particular attention to the filter system of its devices, for example. To give just one example: the exhaust air from its vacuum cleaner is also perfectly clean.

The product portfolio of the “healthy and clean home” concept was expanded in 2001 with a steam cleaner. Lux has always advocated chemical-free cleaning and housekeeping.
The product, which has been revised several times since then, is rightly popular with Lux customers. Steam cleaners kill a large proportion of viruses and bacteria. Furthermore, the success of the product line is due to the fact that cleaning with accessories designed for different surfaces is much easier, more efficient and more hygienic.

Lux has been offering water filters to its environmentally and health-conscious customers since 2011. In the development and manufacture of water filters, the company attaches great importance to quality, efficiency and safety.

Lux would like to expand its product range in the coming years and continue its success story.